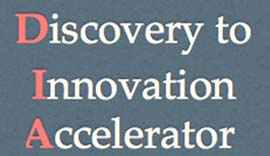 Flow cytometry is a widely used technique in both biological research and diagnostics. However, it requires expensive machinery and expertise for operations. DIA has developed a multi-geography patented technology for optofluidic interrogation of cells in a microfluidic device – the microfluidic flow analyser (MFA). MFA aims at providing low cost, high throughput solutions for single cell analysis for multiple applications. Ongoing work aims at incorporating cell sorting capabilities in the existing setup.

Random excessive usage of antibiotics has led to the emergence of resistant microbial strains (Antimicrobial Resistance or AMR). Rapid screening for susceptibility of infectious pathogens to existent antibiotics is required for timely combatting infections. Current methods take more than 48 hours to identify the best performing antibiotics for a particular infection. We have developed a microfluidic platform for rapid testing of antimicrobial susceptibility to antibiotics in less than 6 hours. Neurodegeneration is responsible for one of the most common brain disorders, e.g. Parkinson’s disease, Alzheimer's disease, etc., affecting millions of people globally. However, no successful drugs in the market have demonstrated reduction in degeneration of neurons. We have identified a novel application of known small molecules and natural plant extracts which significantly reduce alpha-synucleinopathy and neuroinflammation that promise to be an effective intervention for Neurodegenerative diseases. HIV (Human Immunodeficiency Virus) infection leads to a compromised immune system due to defective T-cell functions, leading to higher risk of secondary infection related mortality. The current drugs are focused on controlling the levels of the HIV virus itself by targeting the viral proteins. We have successfully identified and patented a new class of molecules which instead target a novel host-pathogen interaction. This improves T-cell functions and provides a complementary approach to ongoing targeted HIV anti-viral therapy via strengthening the immune system and thus improving the life expectancy and quality of HIV patients.

Uncontrolled inflammation by systemic infection leads to Sepsis, which is a major cause of deaths in ICUs worldwide. Currently there are no approved drugs in this segment. One of the major challenges is the narrow window of opportunity for therapeutic intervention by antibiotics. We have identified natural preparations as well as nature inspired molecules, which reduce inflammation providing significantly longer survival time for targetted antibiotic therapy. The complex protein molecules like hormones and antibodies serve as important biotherapeutic agents. Because of their glycosylated nature, they require mammalian host cell lines for large scale production. The system is limited by lower levels of protein production and hence, higher production costs. We have developed a platform technology to increase the protein production from Chinese Hamster Ovary (CHO) cells. We have achieved up to 300% increase in Erythropoietin (EPO) and Darbepoetin-alfa using this technology.

Drug delivery vehicles can significantly reduce the effective dose of therapeutic drugs. The drugs can either be small molecules or nucleic acids. The approach of simultaneous delivery of drug and siRNA could be very effective for certain aggressive cancers, like Glioblastomas. We have a nanoparticle based delivery system that has the capability to carry different type of cargoes including both small molecules and siRNAs. Currently, we are validating the platform for simultaneous delivery of drug and siRNA in Glioblastoma models.